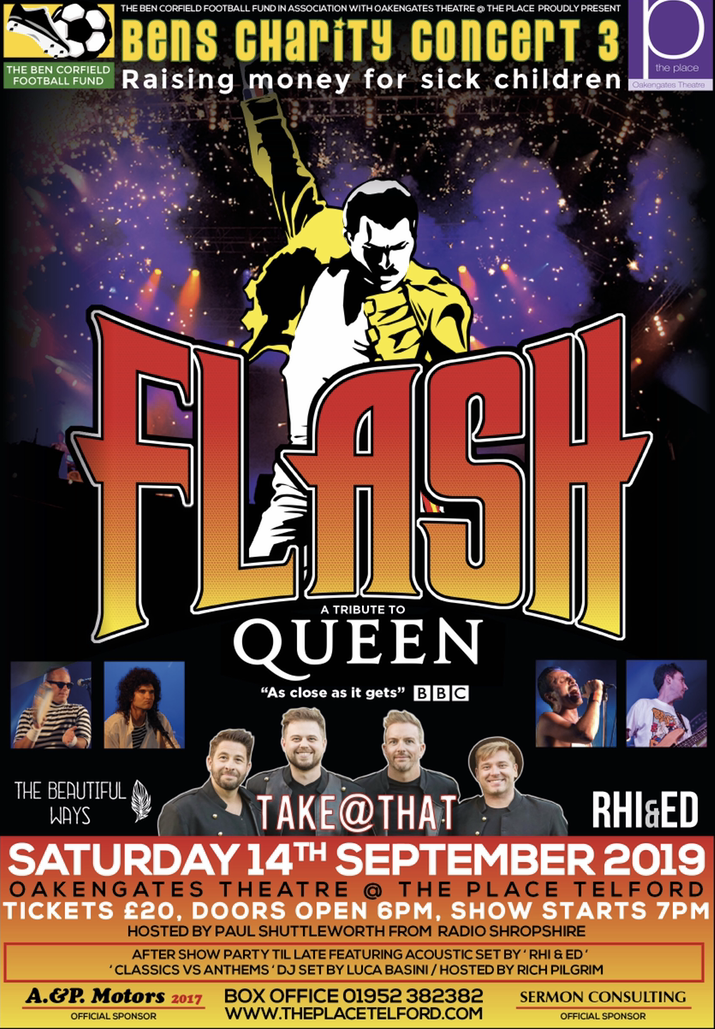 On 14th September Take@That played at 'Ben's Charity Concert 3' at the Oakengates Theatre in Telford. Ben's dad Jason, who organised the concert, said, "Take@That did a fantastic set for us getting a crowd of 600 people dancing and singing along to their songs. I was drawn to them when I saw their previous charity work and it instantly struck a chord with me. I drove on my own to Leicester to watch them and knew instantly that we had to get them involved... It goes without saying that we are very grateful for Take@That’s involvement in our charity event last Saturday. We consider them now our friends and can assure them that they have won a lot of new friends in Telford. We hope to work with them again and wish them all the very best for the future". 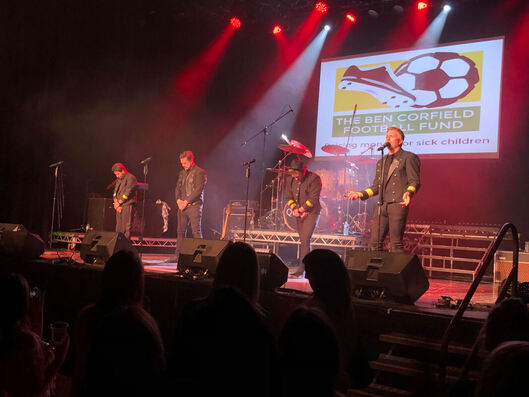 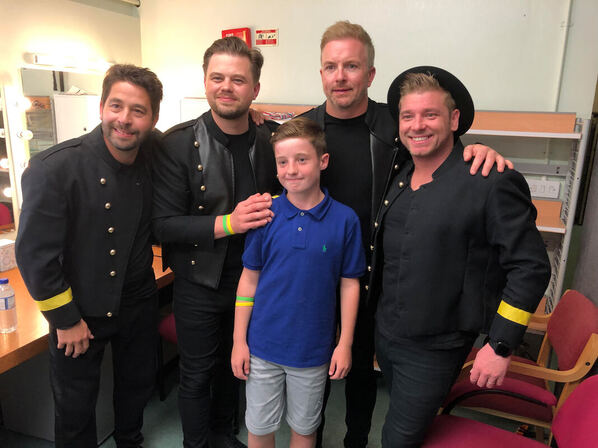 ​This is the charity's story:

Ben Corfield was diagnosed with Acute Lymphoblastic Leukaemia in February 2015 aged seven years old. Now well over four years later has completed his recovery and is more than twelve months into remission.

'The Ben Corfield Football Fund' was started in May 2015 by Ben's parents and a few close friends in order to try and give something back for the treatment he was receiving. Ben's parents were very scared and confused by the situation he found himself in and were very frustrated that they couldn't directly help in any way. With the help of a few friends and out of a feeling of needing to do something a charity football match and a prize draw were organised. This was a massive success raising over £3000 and as a result the charity was born.

The charity has a football theme as it is Ben's no. 1 passion in life. They wanted to involve as many children as possible in the fundraising process and the events surrounding them so it seemed a good idea to use the power of kids' football the main focus. They also wanted in some way to try and harness or replicate the passion that is involved in the sport and particularly in the way that Ben felt about it. To see his illness take away his ability to play or even take part in the sport he loved was heartbreaking. However it has been equally a joy to see him overcome his illness and return to the sport with the passion and determination that he always had before. In fact, even more so in his feeling of making up for lost time.

The fundraising events the charity have done are, in no particular order,

'Ben's Charity Concert 3' that Take@That played at on Saturday 14th September was the end of the 'Ben's Charity Concert' events as Ben is getting older and a bit more less likely to want to be the focus of attention. It was billed as 'the third and final', although it is likely in the future the charity may well promote a music event. They did a big reveal of the running total that has been raised so far and it was over £80,000!

Ben's fund has helped a vast number of charitable causes and consider their 'unique selling point' to be that they are the charity that helps charities. There is no end point to the money they raise- they simply pass it on to help other people. These have been, again in no particular order,

Ben's fund are very proud and honoured to have been able to help all these people/causes in some way and will continue to try to help others in the foreseeable future.